Among those things slowing down my posting lately, is the following quote by Richard Russell who has written and published the Dow Theory Letters for many years.  This quote is the first questioning I've seen from a serious, well respected, and heavily followed source of President Barack Obama's competance.

Criticism of Obama, up until this instant have always been proceeded by qualifiers having to do with The President's obvious intelligence, communication skills and his seeming niceness, before fault finding on his specific policies could begin.

“I've been thinking about President Barack Obama and the nation's problems. My conclusion, in all honesty, is that Obama was unqualified for the job. Unlike Reagan, Obama had no deep-seated convictions about anything other than he would spread the wealth and go down in history as the people's hero.

“When it comes to economics, I'm afraid that the President is lost. It's all so clear now that we can't spend ourselves back into prosperity, although some dour souls insist that we are spending ourselves into virtual bankruptcy. Even the American public understands that, but the prez doesn't.

“On economics, Obama is a rank amateur. He thought he could listen to a collection of name-economists and come up with the right answer. Unfortunately, Obama listened to the former head of the economics department an erudite young man named Ben S. Bernanke. Ben was considered to be our reigning top-expert on the Great Depression. Bernanke's solution to the whole mess was simple -- first save Wall Street and then release a massive amount of liquidity into the system. If there wasn't enough inflation in the system, then flood the system with liquidity and hopefully inflation will return. Anything to hold off dreaded deflation.” – Richard Russell, Dow Theory Letters, 01-26-10

Up until this instant, while it had been OK to question The President's competance at the bar over a beer, in the elevator, or over the telephone while sitting there with your feet on the desk,  no credible public source had felt the need, or found the stones, ... take your pick, ... to question the man's abilities.

Now comes the following from The Wall Street Journal.

There is nothing surprising about where Mr. Obama finds himself today. He had been made by charisma, and political magic, and has been felled by it. If his rise had been spectacular, so, too, has been his fall. The speed with which some of his devotees have turned on him—and their unwillingness to own up to what their infatuation had wrought—is nothing short of astounding. But this is the bargain Mr. Obama had made with political fortune.
He was a blank slate, and devotees projected onto him what they wanted or wished. In the manner of political redeemers who have marked—and wrecked—the politics of the Arab world and Latin America, Mr. Obama left the crowd to its most precious and volatile asset—its imagination. There was no internal coherence to the coalition that swept him to power. There was cultural "cool" and racial absolution for the white professional classes who were the first to embrace him. There was understandable racial pride on the part of the African-American community that came around to his banners after it ditched the Clinton dynasty.
Now, ........ right here is where I get way slowed down.

My opinion and my fear is as follows; what we have here is a fairly smart, good looking, half black guy who has been blessed with a mostly free pass on the basis of all of the above, that has run into the first real adversity of his adult life as .........
PRESIDENT OF THE UNITED STATES OF AMERICA.
If indeed this is the case, I think you'll agree with me.
"This is very bad."
My hope here is that rather than taking another pull on his own jar of cool aid, the President demonstrates sense enough to at least wonder if maybe he's part of the problem.
Which brings me to my dilemma, my strongly held opinion is in conflict with my hope for this country.  Do I restrain myself and in so doing avoid in the tiniest, most miniscule, nano and inconsequential way (let's face facts, the readership here is somewhere south of everybody anybody has ever heard of) the application of additional pressure on a guy I'm already afraid is gonna melt like a popsicle on an August sidewalk?
Orrrr ... ... ... ... do I take my shot, and pile on?
In a nutshell who prevails, good Roany, or evil Roany? 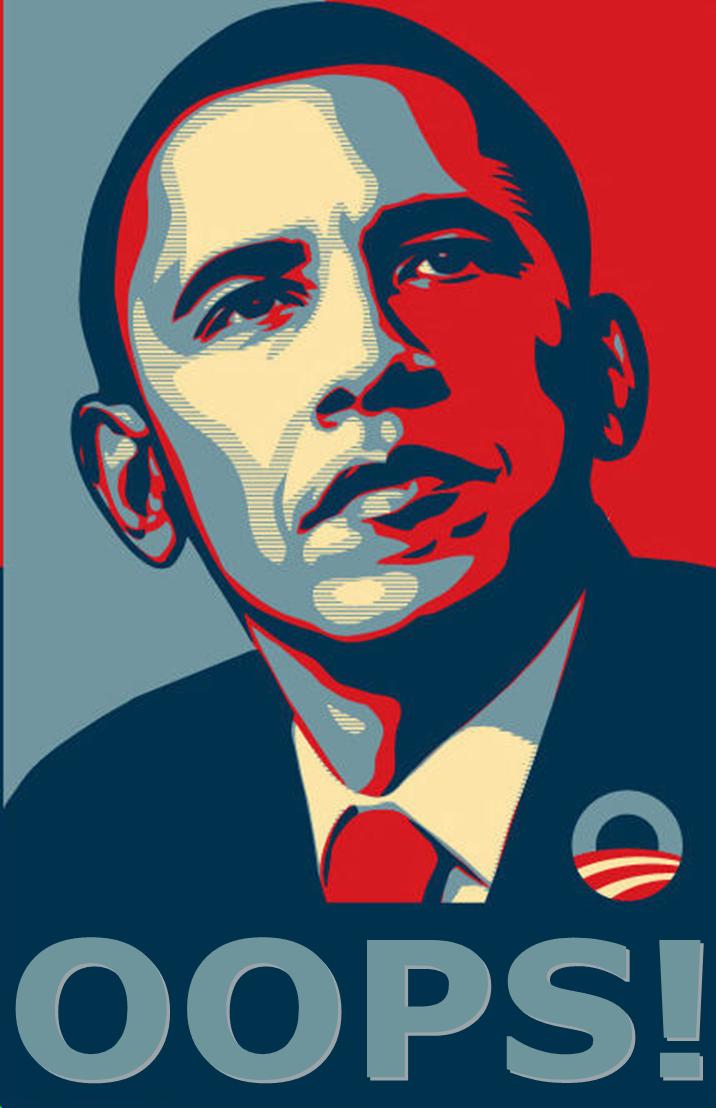 I believe you have your answer.