Solar Storms are Building Toward a 2013 Peak NASA Predicts

It's the Sun, but it's blue because it's an "Ultra Violet" photo.

Click the photo for the entire piece ..... it's science. 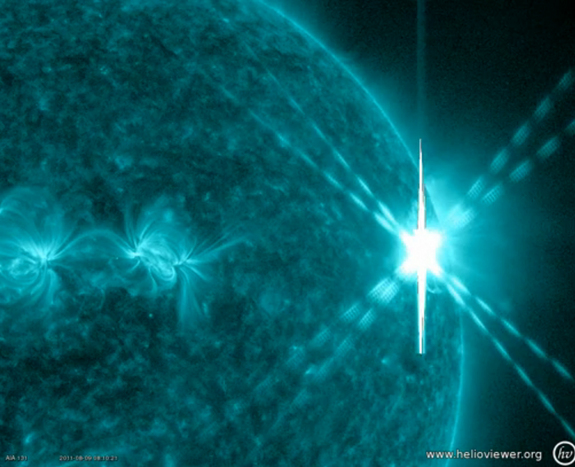 Solar flares like the huge one that erupted on the sun early today (Aug. 9) will only become more common as our sun nears its maximum level of activity in 2013, scientists say.

Tuesday's flare was the most powerful sun storm since 2006, and was rated an X6.9 on the three-class scale for solar storms (X-Class is strongest, with M-Class in the middle and C-Class being the weakest).

Flares such as this one could become the norm soon, though, as our sun's 11-year cycle of magnetic activity ramps up, scientists explained. The sun is just coming out of a lull, and scientists expect the next peak of activity in 2013.

for just an outstanding photo essay of past Solar Eruptions.

for a history of the most disruptive solar storms of the past 50 years.

They screw up the grid.