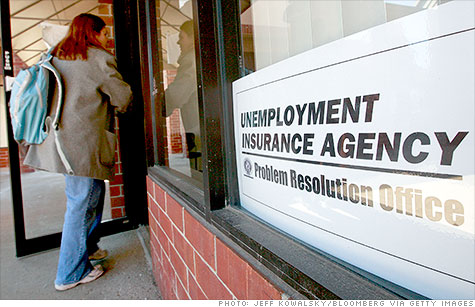 NEW YORK (CNNMoney) -- Don't spend that unemployment check too fast. The government might ask you to pay it back.

Overpayments are a rampant problem in the unemployment insurance system. The federal government and states overpaid an estimated $14 billion in benefits in fiscal 2011, or roughly 11% of all the jobless benefits paid out.

Of the states, Indiana was the worst offender, making more improper payments than it did correct ones.

Now, the U.S. Department of Labor and the states are in the midst of a massive effort to try to recoup some of their lost funds and avoid future overpayments.

Where does the money go?

The vast majority of unemployment benefits do go to people in need. In 2010 alone they helped keep 3.2 million Americans out of poverty, according to the Census Bureau.

But of the overpaid funds, most end up in the hands of three types of people: Those who aren't actively searching for a job, those who were fired or quit voluntarily, and those who continue to file claims even though they've returned to work. Any of those circumstances would make a person ineligible for benefits.

The overpayment typically results from an administrative error made either by the government, the employer, the worker or a combination of the three. ...

... In fiscal 2011, there were roughly 2,700 convictions for fraud related to unemployment insurance.

Or roughly 2,700 more convictions than were effected for fraud related to the mortgage debacle and the financial crisis.