Our financial system is corrupt our government regulators are at best incompetent and at worst complicit.

Once again regulators across two different presidential administrations of two different political parties had been on notice with regards to problems at a supposedly regulated company, and did nothing

to protect the public. 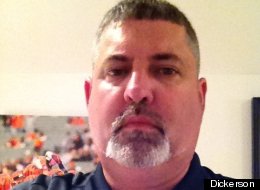 When commodities brokerage firm MF Global collapsed last October, losing $1.6 billion in customer funds in the process, Christopher Dickerson was sure he'd dodged a bullet. Just one month before the collapse, Dickerson had taken the bulk of his money out of his MF Global account.

He'd moved his cash, about $250,000 in all, to a smaller commodities brokerage firm based out of Cedar Falls, Iowa, called PFGBest, because it was offering the same services he sought -- Dickerson trades futures contracts in his spare time -- for much lower fees. "I thought that would never happen again," Dickerson said. "Stupid me."

On Tuesday, Peregrine Financial Group, which operates PFGBest, filed for bankruptcy, the same day that the Commodity Futures Trading Commission filed suit against the firm for fraud. The day before, police in Cedar Falls discovered the firm's founder, Russell Wasendorf, unconscious in his car near the firm's offices after an apparent suicide attempt. According to reports, he has now emerged from a coma.

In the complaint, the CFTC accuses Wasendorf and his firm of illegally tapping into customer funds since at least February 2010, and falsely reporting to regulators that it had over $220 million on its books when in reality the firm had just $5.1 million. The complaint also alleges that Wasendorf falsified some bank records he'd sent to regulators.