has done this story twice now.

This particular video however is from the BBC series

Modern Spies which we, being for the most part guys, really like. 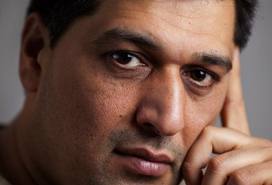 Rafid Ahmed Alwan al-Janabi (Arabic: رافد أحمد علوان‎, Rāfid Aḥmad Alwān; born 1968), known by the Central Intelligence Agency cryptonym "Curveball", is an Iraqi citizen who defected from Iraq in 1999, claiming that he had worked as a chemical engineer at a plant that manufactured mobile biological weapon laboratories as part of an Iraqi weapons of mass destruction program.[1] Alwan's allegations were subsequently shown to be false by the Iraq Survey Group's final report published in 2004.[2][3]

Despite warnings from the German Federal Intelligence Service questioning the authenticity of the claims, the US Government utilized them to build arationale for military action in the lead up to the 2003 invasion of Iraq, including in the 2003 State of the Union address, where President Bush said "we know that Iraq, in the late 1990s, had several mobile biological weapons labs", and Colin Powell's presentation to the UN Security Council, which contained a computer generated image of a mobile biological weapons laboratory.[1][4] On November 4, 2007, 60 Minutes revealed Curveball's real identity.[5] Former CIA official Tyler Drumheller summed up Curveball as "a guy trying to get his green card essentially, in Germany, and playing the system for what it was worth."