John Koutoulas offers up a primer to prosecuters everywhere for the prosecution of John Corzine on charges of fraud and possibly perjury in the matter of MF global and One Billion Six Hundred Million Dollars of supposedly segregated customer funds.

We've cut and pasted the conclusion which probably get's you home.  This isn't the easiest read we've ever posted but we found it to be worth the effort.

There are links all through this thing which disappeared when I first formatted this post.

If you drag your mouse around a bit you'll find some other good stuff. 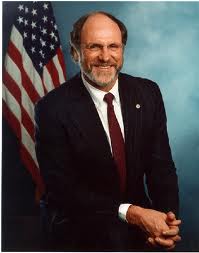 To sum up, while Vice President Joe Biden’s “Smartest Guy I Know” was smart enough to not explicitly say “Steal the Customer Money” in an email, there is enough circumstantial evidence, to conclusively prove fraud (and probably perjury) beyond a reasonable doubt.

While no single bullet point proves fraud, taken together, any reasonable person will conclude that Corzine is guilty beyond a reasonable doubt.

Last December, when Rick Santelli asked me if customers would get their money back, I told him, “Damn right they will.” The distressed debt markets agree, as buyers have now paid more than 98% of the face value of customer claims for US designated accounts, and over 93% for claims for 30.7, UK designated accounts. However, the futures industry remains severely damaged as shown by CME’s Q3 profit down 31% as futures customers would rather take counterparty risk with a TBTF bank than trust uninsured clearing houses with ‘segregation’ protection that has proven to be nothing more than a paper tiger by Corzine’s theft.

If Corzine is allowed to walk, it sends the message to not just the futures industry, but the entire US financial complex, “You can steal customer money from not just commodities accounts, but savings accounts, checking accounts, 401ks, and IRAs so long as you pay Obama 500k in bundled protection money, err, campaign contributions.”  And, while the current administration clearly doesn’t care about the integrity of markets, I do.

So today, for the 1 year anniversary of the day 38,000 farmers, ranchers, commercial hedgers, retirees, traders, and hedge funds were robbed, and 2,800 MF Global employees lost their jobs so an incredibly insecure multi-,multi-millionaire, Jon Corzine, could desperately try and show the world he is a great trader, after all, I renew my pledge to do all that I can to help put him behind bars. I am working with multiple state Attorneys General to help them bring charges once the DoJ officially closes their ‘investigation.’ And, I have another little trick up my sleeve that I assure you that Corzine’s high-priced lawyers haven’t thought of, so stay tuned.

So, Jonny Boy, keep pretending how you did nothing wrong and you’re just bummed out that you haven’t gotten back to work being an awesome hedge fund manager. I hope your 500k bought a Presidential Pardon along with the DoJ’s silence, because the law is coming for you and you’re going to need it.