The State of Wisconsin just murdered this fawn ..... it's the law.

Meet Giggles. she never got much older than she was when this picture was taken.

The State of Wisconsin in it's wisdom, just raided with heavily armed Sheriffs and DNR officers the animal shelter where she had been taken in order to euthanize this healthy orphaned fawn, because in Wisconsin it is illegal to possess "wildlife". 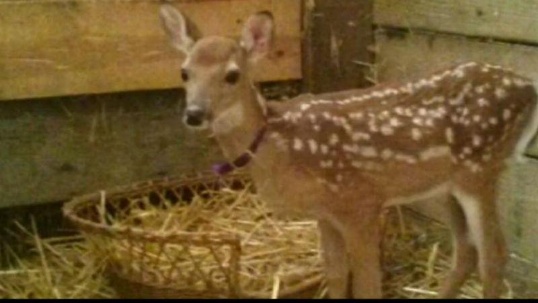 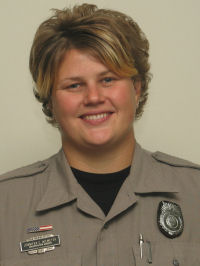 Ms. Niemeyer explains the necessity tor an armed raid on an animal shelter,

"IF A SHERIFF'S DEPARTMENT IS GOING IN TO DO A SEARCH WARRANT ON A DRUG BUST, THEY DON'T CALL THEM AND ASK THEM TO VOLUNTARILY SURRENDER THEIR MARIJUANA OR WHATEVER DRUG THAT THEY HAVE.

Regarding having euthanized the orphaned fawn, Ms Niemeyer offers the following,

THE LAW REQUIRES THE DNR AGENTS TO EUTHANIZE ANIMALS LIKE GIGGLES BECAUSE OF THE POTENTIAL FOR DISEASE ... AND DANGER TO HUMANS.

It is our strongly held opinion that it is only in Government that individuals this callous, thoughtless and devoid of reason could ever hope to attain a position of authority.

Click on either photo for the complete news report with video.

Shame on the entirety of the State of Wisconsin, it's DNR and Ms. Niemeyer.

And of course, Forest.

And then the morons wonder why all over the country, people are arming themselves.