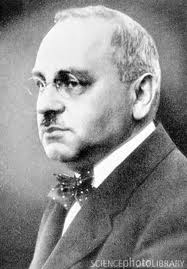 To quote Alfred Adler over and over and ...

It is the patriotic duty of every man to lie for his country.

Exaggerated sensitiveness is an expression of the feeling of inferiority.

Man knows much more than he understands.

My difficulties belong to me!

The chief danger in life is that you may take too many precautions.

The only normal people are the one's you don't know very well.

The neurotic is nailed to the cross of his fiction.

The truth is often a terrible weapon of aggression.  It is possible to lie, and even to murder, with the truth.

There is no such thing as talent.  There is pressure.

War is organized murder and torture against our brothers.

War is not the continuation of politics with different means, it is the greatest mass-crime perpetrated on the community of man.

Our modern states are preparing for war without even knowing the future enemy.

There is a law that man should love his neighbor as himself.  In a few hundred years it should be as natural to mankind as breathing or the upright gait; but if he does not learn it he must perish.

We cannot say that if a child is badly nourished he will become a criminal.  We must see what conclusion the child has drawn.

No experience is a cause of success or failure. We do not suffer from the shock of our experiences, so-called trauma - but we make out of them just what suits our purposes.

We must never neglect the patient's own use of his symptoms.