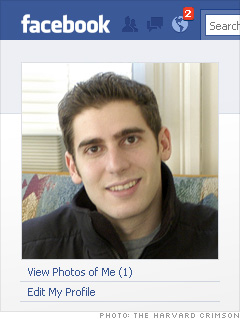 Almost nobody who visits JustThinking.us is aware of the fact that we (really I) have two pretty distinct readerships.

The first being the group that's been around either from the very beginning (chain letter days) or who know me from having done business together.

Most of those people who have been around here for a while now, know that when it comes to the economy, current events, investing and whathaveyou, for the most part, I only read the most disturbing stuff available.

They find this to be a major league hoot, but they dial in because they know I'm paying attention.

For the most part, they like the quotes, the stories, the music and the random stuff well enough, but they stop by to find out what their Uncle Roany read last Sunday morning, and what if anything, he intends to do about it.

Which is not to say that they actually follow the Roanman's lead.

Noooooooo ............ really only a paltry few even tipi-toe into those waters where Uncle Roany both routinely and gracefully demonstrates his can opener.

The other and growing group have found this site via Facebook.

They like the quotes and the fact that the Roanman's faithful servant mostly endeavors to keep it light and respectful.

These people are for the most part what I call civilians.

As an aside, most or all or the original letters are long missing having gone to Terry D's to die.

Anyway, David N. showed up pretty early at the Facebook page for JustThinking and has been nothing but an asset, and a very pleasant contributor.

This afternoon, he made the dreadful mistake of asking what could possibly be making the Roanman crabby.

Then, he really screwed up, "Care to share? he asked.

You are about to learn a valuable lesson here David.

Doug Casey this time at Whiskey and Gunpowder

“The national debt should be defaulted on for several reasons.

“To start with, once the U.S. government defaults on its debt, people will think twice before lending it any more money; giving politicians the ability to borrow is like giving a teenager a bottle of whisky and the keys to a Corvette

. A second reason is that the debt is an albatross around the necks of the next several generations; it's criminal to make indentured servants out of people who aren't even born yet. A third reason would be to overtly punish those who have been lending money to the government, enabling it to do all the stupid and destructive things that the government does with that money.

“The debt will be defaulted on one way or another. The trouble is they're almost certainly going to default on it through inflation, by destroying the currency, which is much worse than defaulting on it overtly. That's because inflation will wipe out the relatively few people who are prudent in this country, those who are actually saving money. Because they generally save in the form of dollars, they're going to wipe them out financially.

“It's just horrible. Runaway inflation will reward the profligates who are in debt-people who've been living above their means. And punish the producers who've been saving and trying to build capital. That's in addition to the fact it will destroy millions of productive enterprises. A runaway inflation is the worst thing that can happen to a society, short of a major war. They just should default on it honestly, as it were.

“…Americans have to learn that the government isn't ‘us’. It's an entity that has its own interests, its own life, its own agenda. It views citizens as milk cows-or perhaps even beef cows- strictly as a means to its ends.

“…To pay interest on the national debt, and to pay for additional spending, all the Federal Reserve has to do is buy bonds from the U.S. government. It doesn't have to stabilize at all. The government is most unlikely to cut back on its spending, most of which has become part of the social fabric- Medicare, Social Security, unemployment benefits, food stamps, corporate bailouts, continuing foreign wars, domestic 'security'...These people are crazy enough that it could get like Germany in the '20s or Zimbabwe afew years ago.

“At the moment we're in an economic twilight zone or, if you wish, the eye of a hurricane. There is apparent stability in the economy. The stock market's high. The bond market's high. Only the real estate market is in visible trouble. Retail prices are level; they're not going up and maybe they're even going down in some cases. This is a temporary situation. We will inevitably-and soon-hit the other side of the storm. At some point those trillions of dollars created by the U.S. government-and many other governments around the world have created trillions of currency units-are going to have an effect. When will that be? The timing is uncertain. But I think it's going to be soon.

“If these things were perfectly predictable, it would be easier to dodge the bullet. This is an almost unique time in world economic history, and I think we're not only going to have economic consequences, but social and political consequences, and very likely military consequences. So hold on to your hat.

“…I think it will be a generation before American real estate is a solid buy again. And the world at large will likely have quite a different character then…

“As to what's going to happen over the next few years, I feel confident that we've entered upon the Greater Depression in earnest. It will be an extended period of time when most people's standard of living drops significantly…

“…The Chinese know that one of the reasons Mao took over is because the government of Chiang Kai-shek destroyed the national currency. The Chinese can see the problems with the U.S. dollar. That it could blow up in their hands. They also see the problems they're creating for themselves by creating trillions of new renminbi. So I think that they're encouraging the average guy in the street to do some saving with gold so that if things go sideways with these paper currencies, the average guy isn't left too destitute and too angry. At least he'll have some gold coins. I think they're being quite intelligent about encouraging their people to buy gold…Everybody knows that the Communist Party in China is nothing but a scam for its members to cream something off the top of everything. It's ludicrous to say China is a communist country. It's easier to do business in China than it is in the U.S.-lower taxes, less regulation, less legal hassles. In point of fact, the Chinese are reverting to the mean. For many centuries, up until the Industrial Revolution, China was much wealthier than the West. Now it's rising again.

“As far as the United States is concerned, unfortunately it's going the other way. The issue has nothing to do with democracy. Democracy is just mob rule dressed up in a sports coat. It's much overrated. The U.S. government is becoming more powerful, and the U.S. is radically departing from the economic philosophy of free markets that made it great. It's simultaneously becoming more politically repressive. The Chinese are just reverting to their traditional economic philosophy, which is not communism, it's capitalist trade and production…”

What's crabbing me out David, is that with the possible exception of a few random points, I'm absolutely certain that Mr. Casey has it right.