A sudden rise sulphur dioxide (SO2) levels is associated with sudden burning of organic matter including human bodies.

As alway, click on the map below to go straight to the article in it's entirety. 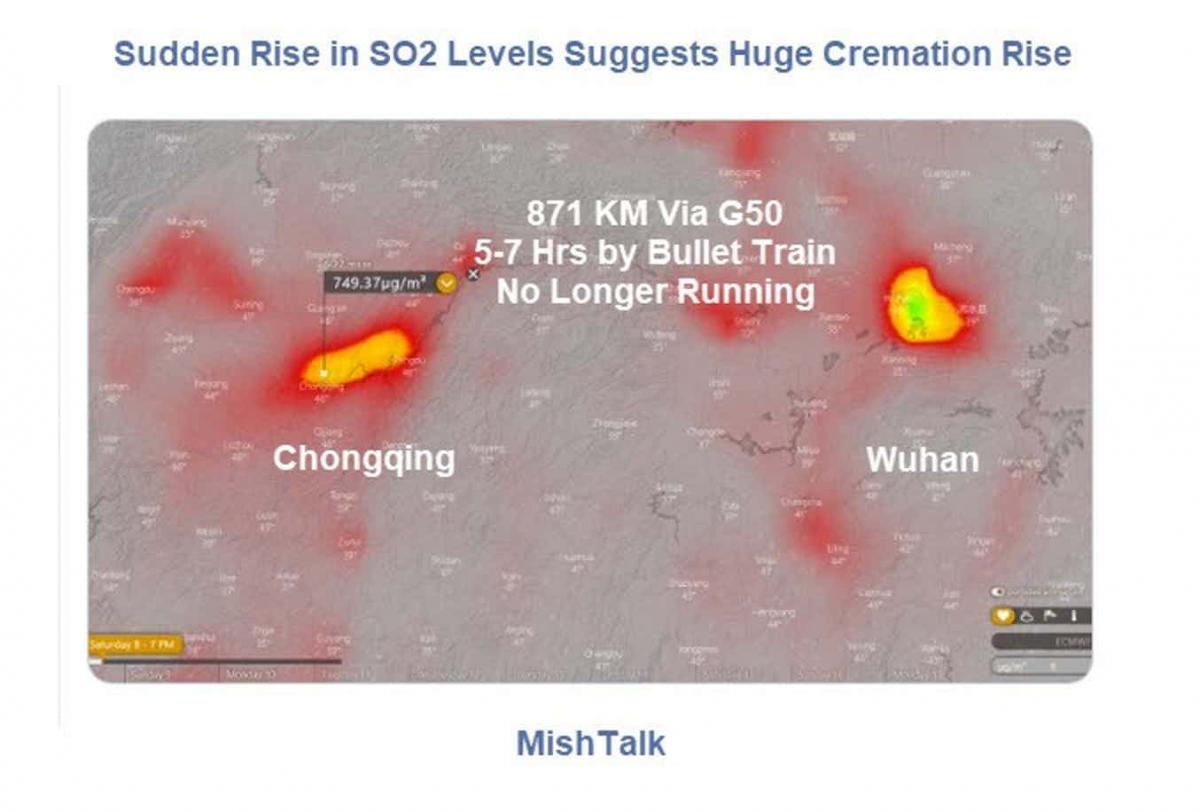 So here's the question, "How likely is it that the Chinese government is lying through their teeth about the extent of the total infections and deaths caused by the Coronavirus?"

Then, of course, there's the next quesion, 'Why would the Chinese government be any different from any other government?"

The results as always are interesting ... at least to us.

One must understand that this index is based on a methodology wherein the "perception" of a nations public sector corruption is measured, rather than some defined measure of corruption itself.

We read through the methodology section and have had very few quibbles and as a result are mostly buying it.

We would encourage you to spend a minute with Transparency International's fine site as we always find it to be well worth the time.

Among the really good reasons to troll

"The hard fact is that every dime of the $2.5 trillion in surplus Social Security revenue, generated by the 1983 payroll tax hike, has been spent on wars and other government programs.

Every month, for the past 25 years, the total receipts from the payroll tax have been split two ways.

First, benefits for current retirees are paid from the Social Security revenue.

Then, all remaining Social Security revenue, not needed to pay that month’s benefits, are deposited into the general fund and become indistinguishable from other general fund revenue."

Can you say Ponzi Scheme?

106,000 officials punished in war on corruption

A total of 106,626 officials across China were penalized for disciplinary violations from January to November last year, an official with the Communist Party of China (CPC) Central Commission for Discipline Inspection (CCDI) said today.

Gan Yisheng, vice secretary of the CCDI, said about 80 percent of them received punishments handed down by the CPC, accounting for 0.11 percent of all Party members, and the rest were penalized by the government.

They included Party members, government workers or leaders, and leaders of state-owned enterprises.

Now more than ever, the federal government wants healthy and happy employees.

And agencies are providing an array of benefits

-- from cooking classes to child care --