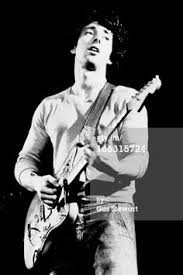 I never got Jonathan Richman and the Modern Lovers.

And it isn't because I didn't try.

I know about how they influenced so many bands that became popular and how the "classic line up" split up and into Talking Heads and all kinds of succesful projects. And how so many groups have covered Road Runner and Pablo Picasso and whatever.

Then finally my friend Cassandra dragged me to a Jonathan Richman show, and it all became perfectly clear.

Jonathan Richman is the single most adorable and vulnerable performer I have ever seen, and maybe that has ever been.

Every woman in the place wanted to take him home, spoon feed him some milk and cereal and then do him right there on the kitchen table.

This might also be true of about a full third of the guys.

So, here is Jonathon Richman and probably the third version of the Modern Lovers.