Sometimes a sketch is all you need. 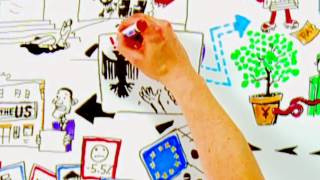 strikes again with another outstanding economics lesson for people who don't know from economics.

You might have heard that International Monetary Fund President and likely 2012 Socialist Party candidate for the French Presidency, Dominique Strauss-Kahn was pulled out of his first class seat on an Air France flight from New York to Paris and indicted for the rape of a chambermaid in his $3000 a night suite at New York's Sofitel Hotel.

So anyway, I'm going to have to look into this Socialism stuff.

It seems to pay a hell of a lot better than I thought it did.

A raft of French proverbs

“Think much, speak little, and write less”
“Write injuries in sand, kindnesses in marble”
“We know the true worth of a thing when we have lost it.”
“God visits us, but most of the time we are not at home”
“The first half of life is spent in longing for the second - the second half in regretting the first”
“You often meet your fate on the road you take to avoid it”
“When we don't have what we like, we must like what we have.”
"And if you can't be with the one you love, honey ..... just kidding"
“There are no miracles for those that have no faith in them.”
“He who is near the church is often far from God”
“It is a wise man who lives with money in the bank, it is a fool who dies that way.”
“To believe a thing impossible is to make it so”
“There is no pillow so soft as a clear conscience”
“He who fears to suffer, suffers from fear”
“Love is the dawn of marriage, and marriage is the sunset of love”
“Marriage is like a beleaguered fortress: those who are outside want to get in, and those inside want to get out”
“It's all very well in practice, but it will never work in theory.”

Lead me, follow me, or get out of my way.
Never tell people how to do things.  Tell them what to do and they will surprise you with their ingenuity.
It seems to me a certainty that the fatalistic teachings of Mohammed and the utter degradation of the Arab women are the outstanding causes for the arrested development of the Arab.

He is exactly as he was around the year 700, while we have been developing.
A good plan, violently executed now, is better than a perfect plan next week.

War is the supreme test of man in which he rises to heights never approached in any other activity.

No sane man is unafraid in battle, but discipline produces in him a form of vicarious courage.
Good tactics can save even the worst strategy.  Bad tactics will destroy even the best strategy.
Wars may be fought with weapons,

but they are won by men.  It is the spirit of the men who follow and of the man who leads that gains the victory.
The obvious thing for the

cavalryman to do is to accept the fighting machine as a partner, and prepare to meet more fully the demands of future warfare.
I am a soldier, I fight where I am told, and I win where I fight.
Never let the enemy pick the battle site.

Untutored courage is useless in the face of educated bullets.

An Army is a team; lives, sleeps, eats, fights as a team.  This individual heroic stuff is a lot of crap.

It’s the unconquerable soul of man, not the nature of the weapon he uses, that insures victory.

May God have mercy upon my enemies, because I won't.
Live for something rather than die for nothing.

Moral courage is the most valuable and usually the most absent characteristic in men.


If everybody is thinking alike, then somebody isn't thinking.
Say what you mean and mean what you say.
A pint of sweat will save a gallon of blood.
Do more than is required of you.
Do everything you ask of those you command.
If I do my full duty, the rest will take care of itself.
By perseverance, study, and eternal desire, any man can become great.
Watch what people are cynical about, and one can often discover what they lack.

Success is how you bounce on the bottom.

The leader must be an actor.

You’re never beaten until you admit it.

You shouldn't underestimate an enemy, but it is just as fatal to overestimate him.

Attack rapidly, ruthlessly, viciously, without rest, however tired and hungry you may be, the enemy will be more tired, more hungry.