Sometimes, I deliberately forget to take my medicine before I go to bed, knowing full well that I will come wide awake between 3:05 and 3:15 AM

Back in the day, I used to wake up making deals, deal making being one of the things I do for a living.

Now days, I usually wake up free of a thought.

To my way of thinking, my head empty of noise is a good thing.

So having failed to take my medication last night I came wide awake at precisely 3:12 AM as expected.

Only this time, I was thinking about War.

War with Iran feels inevitable to me.

Paranoid Roany is pretty damn sure that "The Powers That Be" are goading Israel into a war with Iran that's gonna blow up into an ungodly horror in an effort to change the subject away from the absolutely criminal job they've done on our economy.

Evil Roany is pretty sure there's a mess of those Iranian assholes that need killing anyway.

Which brings me to my point.

In the past, if we were mad at somebody, we'd declare war on the whole damn country.

Korea was a little different.

That was a "Police Action".

It was authorized by the United Nations Security Council.

Basically, everybody was still sick of war after two "World Wars" so ......... they called it something different.

Vietnam was also different in that it was authorized by "The Gulf of Tonkin Resolution" which was not a formal declaration of war, but rather provided then President Lindon Johnson with the authority to do whatever was necessary including the use of military force to assist any member or protocol state of the Southeast Asia Collective Defense Treaty (in this case South Vietnam) without a formal declaration of war.

The "Joint Resolution to Authorize the Use of United States Armed Forces Pursuant to United Nations Security Council Resolution 678" authorized "The Gulf War".

The "Authorization for Use of Military Force Against Terrorists" got us started in Afghanistan.

Congress authorized the present war in Iraq with the "Iraq War Resolution (formally the Authorization for Use of Military Force Against Iraq Resolution of 2002)".

Ok, so here's my thought.

I don't want to have a war with Iran.

Sure, there's a bunch of guys over there I'd like see dead, and would even cheerfully chip in toward their demise.

But I kind of like a lot of the Iranian people.

Hell, I think a lot of them are heroes.

So, instead of naming the damn thing something that's gonna drag a lot of people that I like into a mess they don't need, like "The resolution to get nuclear weapons the hell out of Iran".

Why not just declare war on the assholes?

Leave the Iranian people out of it.

So, if it's me, I'm naming it "The resolution to kill deader'n Hell; Mahmoud Ahmadinejad, Mullah Ali Khamenei, the entire Iranian Parliament, the couple hundred pricks still around who attacked our embassy, and anyone else dumb enough to want to attempt to defend the above named assholes.  After which we'll be as gone as Keyser Soze and wishing the rest of you (and your children) long, healthy and happy lives."

I know it's long, but it is beautiful in it's precision.

Here's where the beauty resides.

Let's just for fun pretend we're Iranian citizens.  And the word gets out that The United States of America has just declared war on us.

Ahmadinejad is all over the TV about how we must defend our country against the American invaders.  This is scary stuff, and because we're scared, we're getting real damn mad.  Our hearts are in our throats as we prepare to defend our families, our wives, our children, our selves, our country.

Then the word gets out.

Now, instead of being scared and madder'n Hell, we're starting to channel Tonto,

I like to think that (if I thought I could get away with it), I'd pop a cap or two in one of the bastard's asses myself, if only to save a little time.

People should listen to their Uncle Roany.

Rest in peace my friend

They pretty much have to.

Who the hell has the time to give a rat's ass about some other guy's friend?

What newspaper has the column inches to give anyway?

The man below, you couldn't do justice to in ten thousand words.

The final issue here has to do with the fact that he wouldn't want it anyway.

So, I'll say this much and then leave it alone.

One of the two or three most honorable men I've ever known. 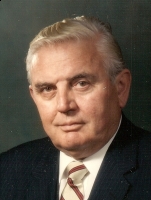 Rest in peace my friend.

To quote the Roanman once again, one more time

The stuff has been coming fast and furious, I will have read every word by Saturday night, and will be analyzing, cutting, pasting and writing as though I have no real work, career, or even prospects, immediately thereafter.

Which is sort of the case anyway if you stop and think about it.

You have my word of honor.

And finally, the fact that you happen to be a race baiting, neocon, tea party, birther goof does not in any way diminish the affection that I feel for you.

Were I President of the United States of America.

And, I had in my possession a foreign national who had just attempted to murder three hundred or so innocent people on an airplane over the city of Detroit, Michigan, and some other number of hundreds on the ground below.

And, I believed that this individual had information that might enable me to save the life of just one American citizen.

I would personally flick my Bic underneath that bastard's testicles.

And, after a few minutes when the crying and puking let up a little, I'd ask just one question,

"Son, is there anything at all you can think of right now, that I might like to know?"

Does this make me a bad person?

A BATTLE is raging beneath the bobbing heads of Ian Linklater's wheat crop in the red, loamy soils of Gol Gol (Australia).
In this break-your-heart farming land near the Murray River, north of Mildura, the enemies are drought, nutrient depletion, salt and rising farming costs.
The battle's unlikely heroes are Mr Linklater and his 400-horsepower, oxygen-sucking, diesel-guzzling, carbon-spewing tractor.
International debate rages over the cost and plausibility of reducing greenhouse gas emissions from coal-fired power stations by pumping carbon underground.
But Mr Linklater is literally ploughing ahead, injecting his tractor's fossil fuel exhaust fumes directly into the ground, where they enhance the biochemical interaction between plants and soil microbes. And it seems his home-grown version of carbon sequestration, introduced in 2007, is getting results, with this year's crop, aided by better rainfall, his best since 2001.  "It might not seem that emissions from one tractor could do a lot, but per hectare it emits 1100 kilos of carbon," Mr Linklater says.
Adapting methods developed by Canadian farmer Gary Lewis, of BioAgtive Technologies, Mr Linklater spent $20,000 customising equipment that cools the tractor's fumes to 30 degrees then expels them into the soil as gas fertiliser when he sows his crop.
His trials, which are being replicated in Canada, Britain and South Africa, are gaining global attention and are now the focus of scientific research. ''When I heard about it, I listened and the science of it seemed to make sense, but with fertiliser costs at about $1200 to $1500 a tonne, the economics of it got me into gear,'' Mr Linklater says.
At today's prices it would have cost him $500,000 in phosphorous and nitrogen fertilisers to prepare 3900 hectares for planting. But in the two years since he and his sons began trialling the new technique, no fertiliser has been applied. The saving is enough to wipe a healthy chunk off the debt that he, like many drought-stricken farmers, has racked up through years of meagre rain and below-break-even wheat prices.
Carmel Egan, www.TheAge.com.au

The truth is, I've got some time

on my hands, so I started wandering around the net in an effort to figure out who is doing what, to whom.

We have all talked about, and marveled at the sheer volume of stuff available "out there".

It goes beyond imagination.

It is however, my strongly held opinion, that much of what's available goes unaccessed, and the small part of that which is accessed, mostly goes unread.

Probably busier than people have ever been in the history of mankind.

Not many of us have the time to go wandering around out there trying to figure out what to think about stuff.

We all feel the way we feel.

Damn few of us care to think about what we think.

Feeling is easier, and a lot less time consuming.

Feeling is however, a lot harder on the nervous system.

At least I think it is.

I'm feeling a lot of stress out there. And strain.

Anger and fear are prevalent.

Constructive approaches are in retreat.

As for the blogosphere.

You know as well as I do that much of what's out there amounts to little more than a petulant rant.

So, what's going on here?

Just some stuff to think about.

If I were you, knowing what I know,

I'd start with the quotes.

But it really doesn't matter.

Occasionally, it doesn't even make sense to me.