First of all, thanks to Mike M. for sending this one in.

Second, when I see a piece like this presented so bitterly, I always wonder what lesson or message the presenter wants to convey.

I'm really angry and disgusted because:

Everybody is evil except me?

I'm way too smart to have let something like this happen to me, if the rest of you morons would only do what I tell you to do, this would have never happened?

So anyway, I went looking around for sites offering third party commentary along with this vid and found beau coup of the above, along with some having to do with the "shakedown" conversation along with "why the hell do we have a legal system anyway?"

I sent this video to my father who has 20 years experience in the Coast Guard and over 10 years experience as the CEO of an oil spill cooperative in California (firemen who are prepared to clean up spills when they occur).

Here is his response to me:

Thanks for sending the link.

A couple of things are different in this case.

This was the Mexican oil company that controlled and owned the lease, in Mexican waters.

They had about a mile of boom and there are thousands of miles of boom in use today in the gulf.

The dispersants used were basically oil solvents, and very toxic.

Most of the oil was burned or landed on mexican beaches.

The EPA stopped BP from burning the oil.

The US was requested to help in '79, but were limited to advisery roles only.

The warm waters of the gulf of Mexico result in quick evaporation and degradation of the oil, unlike the cold waters of Alaska

The methods attempted on this spill would have been effective on that spill if they had the technology in use today (robots, submersibles, modern muds and high pressure pumps.)

As far as the harm to fisheries, etc, the currents that rotate in the gulf from the atlantic ocean will disperse and dilute the long term effects.

In addition, the dispersants used will break the oil into very small droplets that degrade quickly and naturally, instead of being concentrated.

The news coverage is exaggerated in that the right wants to bloody OBAMA and the left wants to take over the oil companies.

People in between see it as the tragedy it is and want someone to say everything is going to be okay, but do not trust the Gov or the oil industry to tell them the truth.

As for me, I keep flashing back on Shirley Bassey and The Propellerheads.

From The Daily Reckoning

“In the early 19th century, traders from Britain and America bought porcelain (china), silk and tea. Trouble was, they could find nothing to sell in exchange. The trade balance with China went negative, with China building up substantial monetary reserves (in silver). In 1830, a Chinese merchant, Hao Gua, who enjoyed a near monopoly on trade with the gweilos [foreign devils], was said to be one of the richest men in the world. Then, the English found something the Chinese would buy - opium.

The fruit of the poppy was popular in many countries but, as usual, the Chinese over-did it. First, it was a favorite of the leisure classes. Then, it trickled down to ordinary workmen. Soon the coolies were neglecting their labors and China was in crisis. When the authorities tried to stop the drug trade, the English opened fire, humiliating the government and almost bankrupting it. People lost confidence in Manchu rule. By mid-century, nearly half the country was in open revolt. A Christian revolutionary had set up the ‘Heavenly Kingdom’ in Nanjing. He raised armies and challenged the Qing Dynasty to battle. For a time, it looked like he might win.
“In the north, meanwhile, infanticide of female babies had become common in Nien territory - a reaction to famine and scarcity. By mid-century, one out of four young men in the region couldn't find a bride; ‘bare branches,’ they were called. By 1855, these bare branches were ready to break. They armed themselves and organized. They drove out government forces and controlled a large part of the country before they were finally put down. Between natural calamities and war, some experts put the 19-century death toll at an unimaginable 200 million. And then came the 20th century! The Middle Kingdom staggered forward, from error to accident to catastrophe! From the Taiping insurrection to Mao Tsetung. Then, 30 years ago, Deng Tsaoping announced the new line: ‘To get rich is glorious,’ he said. Suddenly, the Chinese began saving every penny. Building factories. Cutting prices. And beating the barbarians at their own game.

“Again, they exaggerated. While Americans built too many shopping malls, the Chinese built too many factories. Then, in 2008-2009 came the ‘greatest collapse in world trade in history,’ says Nobel-winning economist Paul Krugman. Americans - their biggest customers - rediscovered thrift. You might think China would realize it had too much capacity and back off. Instead, it rolled more steel. It built more factories and offices...entire cities.

“If stimulus spending is a measure of stupidity, the Chinese are three times as dumb as Americans. Both governments respond to correction by doing more wrong than they did before. Loans in China are rising by about 40% of GDP annually. The money supply is soaring at nearly 30% a year. ‘We estimate that [fixed capital formation] accounted for 70% of China's growth in 2008 and close to 90% of China's first half of 2009 growth,’ says a report from Pivot Capital.

“It is just a matter of time until this capital spending bubble blows up. But China is full of bubbles. In another example of its central planning, it made the ancient practice of infanticide state policy. One couple/one child was the rule. Missing girls was the result. Then, when the boys grew up, they discovered that their brides were missing too. The working age population of China is collapsing. There were 7 workers to every old person in 1990. Now, there are barely 4. By 2035, there will be only 2. What happened to the workers? They are the missing children of the missing girls who then became missing mothers. And by 2040, 397 billion old people - more than the total populations of France, Germany, Italy, Japan and the UK combined - will be missing the support of those missing workers.” 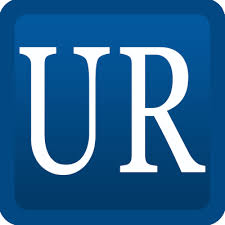