Something about the Indy Mac video sure hit a nerve.

We were bombarded with an easy dozen video exposes and presentations on about every political, banking, housing and financial issue out there.

I'll probably will have gone through most of it by the end of the weekend.

So far, my favorite is the two minute vid offered below.

First of all, it's two minutes.

Some of the stuff out there is an hour or more per bite.

Evidently it was done by, for or endorsed by Sean Hannity in some fashion.

I had never seen it before.

Here are two clearly distinct points of view on the "big picture".

Thanks to Kathleen for sending this through. 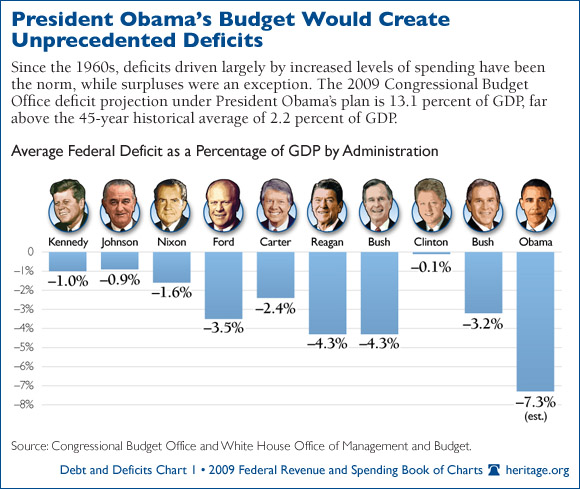 The Soviet Union is an Evil Empire, and Soviet communism is the focus of evil  in the modern world.

It is the Soviet Union that runs against the tide of human history by denying human freedom and human dignity to its citizens.

The West will not contain communism, it will transcend communism.  We will not bother to denounce it, we'll dismiss it as a sad, bizarre chapter in human history whose last pages are even now being written.

I believe this because the source of our strength in the quest for human freedom is not material, but spiritual. And because it knows no limitation, it must terrify and ultimately triumph over those who would enslave their fellow men.

Of the four wars in my lifetime,

none came about because the U.S. was too strong.

Why should we be frightened?  No people who have ever lived on this earth have fought harder, paid a higher price for freedom, or done more to advance the dignity of man than the living Americans, those Americans living in this land today.

Freedom is never more than one generation away from extinction.

Concentrated power has always been the enemy of liberty.

Governments tend not to solve problems, only rearrange them.

Government does not solve problems; it subsidizes them.

Government always finds a need for whatever money it gets.

One way to make sure crime doesn't pay would be to let the government run it.

We must not look to government to solve our problems.  Government is the problem.

We've lost sight of the rule that individual freedom and ingenuity are at the very core of everything that we've accomplished.  Government's first duty is to protect the people, not run their lives.

No government ever voluntarily reduces itself in size.  Government programs, once launched, never disappear. Actually, a government bureau is the nearest thing to eternal life we'll ever see on this earth!

A government can't control the economy without controlling people.

Government has laid its hand on health, housing, farming, industry, commerce, education, and to an ever-increasing degree interferes with the people's right to know.  Government tends to grow, government programs take on weight and momentum as public servants say, always with the best of intentions.  But the truth is that outside of its legitimate function, government does nothing as well or economically as the private sector of the economy.

The size of the federal budget is not an appropriate barometer of social conscience or charitable concern.

History shows that when the taxes of a nation approach about 20% of the people's income, there begins to be a lack of respect for government. . . . When it reaches 25%, there comes an increase in lawlessness.

The taxpayer - that's someone who works for the federal government but doesn't have to take the civil service examination.

It's time we reduced the federal budget and left the family budget alone.

Every dollar the Federal Government does not take from us, every decision it does not make for us will make our economy stronger, our lives more abundant, our future more free.

It is not my intention to do away with government.  It is rather to make it work -- work with us, not over us; stand by our side, not ride on our back.  Government can and must provide opportunity, not smother it; foster productivity, not stifle it.

Millions of individuals making their own decisions in the marketplace will always allocate resources better than any centralized government planning process.

There are no constraints on the human mind, no walls around the human spirit, no barriers to our progress except those we ourselves erect.

There are no such things as limits to growth, because there are no limits to the human capacity for intelligence, imagination, and wonder.

We believe faith and freedom must be our guiding stars, for they show us truth, they make us brave, give us hope, and leave us wiser than we were.

Above all, we must realize that no arsenal, or no weapon in the arsenals of the world, is so formidable as the will and moral courage of free men and women.  It is a weapon our adversaries in today's world do not have.

The ultimate determinant in the struggle now going on for the world will not be bombs and rockets but a test of wills and ideas—a trial of spiritual resolve:  the values we hold, the beliefs we cherish and the ideals to which we are dedicated.

I know in my heart that man is good.  That what is right will always eventually triumph.  And there's purpose and worth to each and every life.

Freedom prospers when religion is vibrant and the rule of law under God is acknowledged.

Within the covers of the Bible are all the answers for all the problems men face.

We are never defeated unless we give up on God.

Without God, democracy will not and cannot long endure.

If we ever forget that we are One Nation Under God, then we will be a nation gone under.

Abortion is advocated only by persons who have themselves been born.

We have the duty to protect the life of an unborn child.

Make no mistake, abortion-on-demand is not a right guaranteed by the Constitution.  No serious scholar, including one disposed to agree with the Court's result, has argued that the framers of the Constitution intended to create such a right.

We have the means to change the laws we find unjust or onerous.  We cannot, as citizens, pick and choose the laws we will or will not obey.

Peace is not absence of conflict, it is the ability to handle conflict by peaceful means.

Peace is more than just the absence of war.  True peace is justice, true peace is freedom.  And true peace dictates the recognition of human rights.

History teaches that war begins when governments believe the price of aggression is cheap.

I've always believed that a lot of the trouble in the world would disappear if we were talking to each other instead of about each other.

I've often wondered, what if all of us in the world discovered that we were threatened by a greater power from outer space from another planet -- wouldn't we all of a sudden find that we didn't have any differences between us at all?

Putting people first has always been America's secret weapon.  It's the way we've kept the spirit of our revolutions alive -- a spirit that drives us to dream and dare, and take great risks for a greater good.

We think there is a parallel between the Federal involvement in education and the decline in quality over recent years.

The best minds in government?  If any were, business would hire them away.

Excellence does not begin in Washington.

Poverty is a career for lot's of well paid people.

Welfare's purpose should be to eliminate, as far as possible, the need for its own existence.

The family has always been the cornerstone of American society.  Our families nurture, preserve, and pass on to each succeeding generation the values we share and cherish, values that are the foundation of our freedoms.

We can't help everyone, but everyone can help someone.

The United States is unique because we are an empire of ideals.

We must reject the idea that every time a law's broken, society is guilty rather than the lawbreaker.  It is time to restore the American precept that each individual is accountable for his actions.

It is time to realize we are too great a nation for small dreams.  We're not -- as some would have us believe -- doomed to an inevitable fate.

Approximately 80% of our air pollution stems from hydrocarbons released by vegetation, so let's not go overboard in setting and enforcing tough emission standards from man-made sources.

Trees cause more pollution than automobiles do.

There is today in the United States as much forest as there was when Washington was at Valley Forge.

All the waste in a year from a nuclear power plant can be stored under a desk.

There were so many candidates on the platform that there were not enough promises to go around.

Middle age is when you're faced with two temptations and you choose the one that will get you home by nine o'clock.

I've never been able to understand why a Republican contributor is a 'fat cat' and a Democratic contributor of the same amount of money is a 'public-spirited philanthropist'.

We're the party that wants to see an America in which people still can get rich.

The trouble with our liberal friends is not that they're ignorant;  it's just that they know so much that isn't so.

Whatever else history may say about me when I'm gone, I hope it will record that I appealed to your best hopes, not your worst fears.