It Really Is Monopoly Money

We've been trying to understand "The Fed"

But as usual, this has not prevented us from having an opinion.

Adjusted Monetary Base is that part of the money supply that is most liquid, that which is either in the hands of the public (in circulation) or in the commercial bank deposits held within the central banks reserves.

The first chart demonstrates the growth of the Adjusted Monetary Base since 1918 or so, 5 years after the creation of The Federal Reserve Bank.

More on that latter. 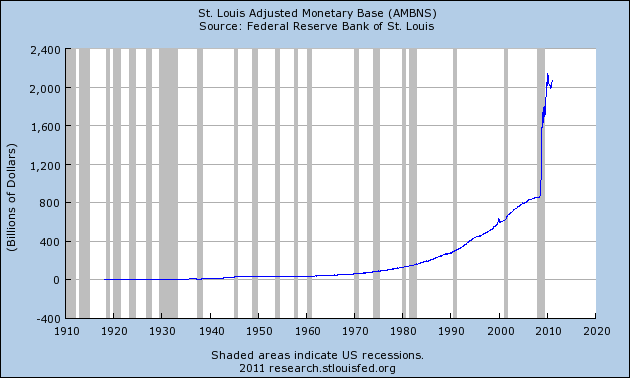 The second chart represents the purchasing power of One ($1.00) Dollar since the inception of The Federal Reserve Bank in 1913.

Click the chart below for some different looks at the same issue. 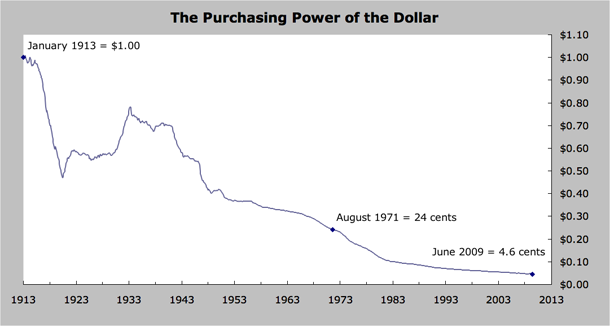 The following is taken directly from the Rules of Monopoly.

It really is time to lose the Fed.