Here's just another in a long line of examples having to do with why that "Tax the Rch' idea never works.

Sneaky bastards just up and move away ..... take their money with em.

Someone else gains access to their disposable income and you of course, don't get squat. 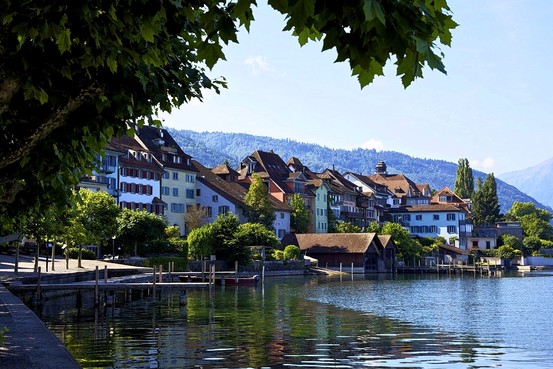 ZUG, Switzerland—Developed nations from Japan to America are desperate for growth, but this tiny lake-filled Swiss canton is wrestling with a different problem: too much of it.

Zug's history of rock-bottom tax rates, for individuals and corporations alike, has brought it an A-list of multinational businesses. Luxury shops abound, government coffers are flush, and there are so many jobs that employers sometimes have a hard time finding people to fill them.

But when Stefan Hurschler, a man who works with the disabled, and his schoolteacher wife decided to expand their family and wanted a bigger house, they found nothing in Zug they could afford. They moved to Zurich, and Mr. Hurschler now commutes back to the town he grew up in.

"There are older people who still live [in Zug] because they bought their homes in the 1960s," said his wife, Lilian. "Or there are the very rich. But there isn't much of a middle class."

If Switzerland is the world's most famous tax haven, Zug amounts to a haven within a haven. It has the highest concentration of U.S.-dollar millionaires in Switzerland, a country where nearly 10% of households meet that standard, according to Boston Consulting Group. The highest personal income tax anyone in Zug has to pay is 22.9%, and companies pay an average of just 15.4%—rates lower than Switzerland's average and far below top rates in the U.S.