one of the better sources for actual news anywhere.

As opposed to opinion dressed as news most everywhere.

India to pay gold instead of dollars for Iranian oil. 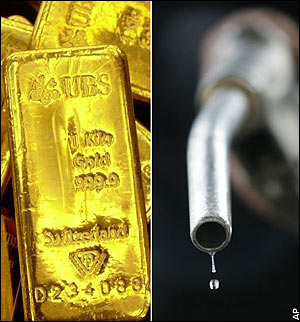 India is the first buyer of Iranian oil to agree to pay for its purchases in gold instead of the US dollar, DEBKAfile's intelligence and Iranian sources report exclusively.  Those sources expect China to follow suit. India and China take about one million barrels per day, or 40 percent of Iran's total exports of 2.5 million bpd. Both are superpowers in terms of gold assets.

By trading in gold, New Delhi and Beijing enable Tehran to bypass the upcoming freeze on its central bank's assets and the oil embargo which the European Union's foreign ministers agreed to impose Monday, Jan. 23. The EU currently buys around 20 percent of Iran's oil exports.

The vast sums involved in these transactions are expected, furthermore, to boost the price of gold and depress the value of the dollar on world markets.