"The Man Who Fooled Houdini." 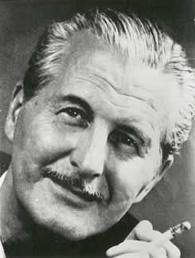 Dai Vernon also known as "The Professor" is widely regarded as the most skillful sleight of hand artist to ever perform magic and among the most influential card magicians of the 20th Century. He is credited with inventing or improving many of the close-up tricks using cards, coins, and other small items that are employed by professional magicians to this day.

In 1922, Harry Houdini was the best known magician in the world. Forty eight years old and at the height of his powers, Houdini was so confident of his skills and understanding of magic that he challenged magicians everywhere to show him any trick they might be able to perform three times, and guaranteed that he could tell them how it was done. At the Great Northern Hotel in Chicago, Illinois, young Dai Vernon took the great Houdini up on his offer, performing his "The Ambitious Card" trick for Houdini not three, but seven times in a row with Houdini failing to explain it.

The first video below is a Dai Vernon performance of his version of the Cup and Balls Trick, which version is every bit the standard among magicians as Celebrate and Joy To The World are among wedding bands.

This second vid is an updated version of Vernon's "The Ambitious Card" trick, otherwise known as "The Trick That Fooled Houdini".