Our friend Richard Nolle at Astropro

is picking up some press from the mainstream lately

The following is from an article at

As always, click the photo to link up the entire piece. 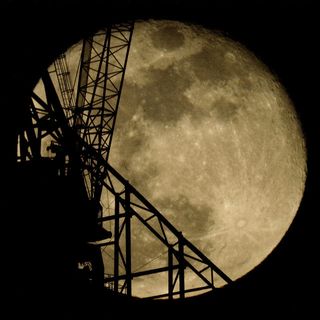 Coming up later this month (March 19 to be exact) the moon will make its closest approach to Earth (called lunar perigee) in 18 years. A new or full moon at 90% or greater of its closest perigee to Earth has been named a "SuperMoon" by astrologer Richard Nolle. This term has been recently picked up by astronomers. An extreme "SuperMoon" is when the moon is full or new as well as at its 100% greater mean perigee (closest) distance to earth. By this definition, last month's full moon, this month's and next month's will all be extreme "SuperMoons".

I have read several "new age" forecasts that go something like this: "Extreme SuperMoon this month (March 2011) will bring strong earthquakes and storms and/or unusual climate patterns." Google the term 'extreme SuperMoon March 2011' and see for yourself what comes up. The validity of these types of forecasts can be debated ad nauseum.

There were SuperMoons in 1955, 1974, 1992 and 2005. These years had their share of extreme weather and other natural events. Is the Super Moon and these natural occurences a coincidence? Some would say yes; some would say no. I'm not here to pick sides and say I'm a believer or non-believer in subjects like this, but as a scientist I know enough to ask questions and try to find answers.

Here are Richard's thoughts on March's "SuperMoon" activity from his February 28, 2011 post.

Markets, geopolitics and history aside, you can’t get there from here if you don’t get out of Mother Nature’s way.

First and foremost, that means being mindful of the March 19 full moon 28° 48' Virgo.

It’s arguably the year’s most extreme SuperMoon, for a couple of reasons: it’s the closest SuperMoon of the year, occurring within an hour of lunar perigee (the Moon’s closest approach to Earth): the Moon will look huge when it rises at sunset.

And being so close to the vernal equinox, this SuperMoon occurs within hours of the moment the full moon crosses the celestial equator from north to south, just as the Sun crosses in the opposite direction. That makes this a major geophysical stress window, centered on the actual alignment date but in effect from the 16th through the 22nd.

Of course you can expect the usual: a surge in extreme tides along the coasts, a rash of moderate-to-severe seismic activity (including magnitude 5+ earthquakes, tsunami and volcanic eruptions), and most especially in this case a dramatic spike in powerful storms with heavy precipitation, damaging winds and extreme electrical activity.

Floods are a big part of the picture in this case, although some of these will be dry electrical storms that spark fast-spreading wildfires. 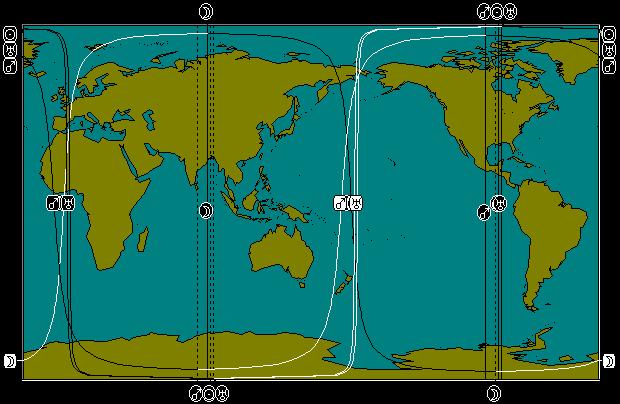 As always, keep your head on a swivel.