All morning long, I kept getting the same email, with the same link, over and over again.

Nearly every one of the minions who take

The Wall Street Journal online, knowing that I enjoy

James Taranto's ongoing taunt of the

Paul Krugman, felt compelled to give me a heads up on this morning's Best of the Web column at WSJ.com.

As though I hadn't already been up and skulking my favorite sites for hours.

I suppose it would be ungracious (ingracious?) one of those for sure ... maybe both, not to thank each and every one of you for thinking about our site.

And because it seems very important to you that we spread the word on this issue, and more importantly, because I was going to do it anyway, here we go.

First, from Taranto's post linking to the original article at The Telegraph

Great Moments in Socialized Medicine
First the bad news. "The National Health Service is today condemned over its inhumane treatment of elderly patients in an official report that finds hospitals are failing to meet 'even the most basic standards of care' for the over-65s," ...

Now the good news: "In Britain, the government itself runs the hospitals and employs the doctors. We've all heard scare stories about how that works in practice; these stories are false," according to Paul Krugman, star columnist at the New York Times.

Oops, but there's more bad news: The New York Times has been known to publish out-and-out falsehoods on its opinion pages, including under Krugman's byline.

Good news: This could be one of those instances in which he's telling the truth. Bad news: We wouldn't bet on it.

As always, the photo links to the entire peice.

The National Health Service is today condemned over its inhumane treatment of elderly patients in an official report that finds hospitals are failing to meet “even the most basic standards of care” for the over-65s. 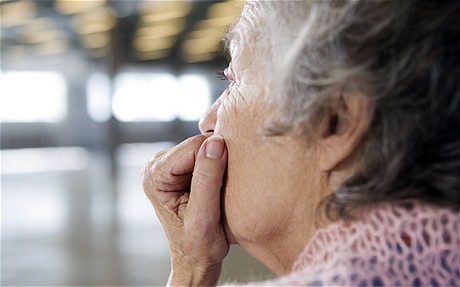 A study of pensioners who suffered appalling treatment at the hands of doctors and nurses say that half were not given enough to eat or drink.  One family member said the maltreatment amounted to "euthanasia".

Some were left unwashed or in soiled clothes, while others were forgotten after being sent home or given the wrong medication.

In several cases considered by the Health Service Ombudsman, patients died without loved ones by their sides because of the “casual indifference” of staff and their “bewildering disregard” for people’s needs.

The damning report warns that extra money will not help the NHS meet required standards of care and that more problems are likely as the population ages.

Ann Abraham, who as health ombudsman carries out independent investigation of complaints against the health service, said: “The findings of my investigations reveal an attitude – both personal and institutional – which fails to recognise the humanity and individuality of the people concerned and to respond to them with sensitivity, compassion and professionalism.

But no death panels.

Catching up on a Sunday Morning

"One side of American politics considers the modern welfare state — a private-enterprise economy, but one in which society’s winners are taxed to pay for a social safety net — morally superior to the capitalism red in tooth and claw we had before the New Deal.

It’s only right, this side believes, for the affluent to help the less fortunate.

The other side believes that people have a right to keep what they earn, and that taxing them to support others, no matter how needy, amounts to theft.

That’s what lies behind the modern right’s fondness for violent rhetoric: many activists on the right really do see taxes and regulation as tyrannical impositions on their liberty.

There’s no middle ground between these views.”  Paul Krugman