“The reason the liberal mainstream corporate media demonized the Tea Party is because it threatens the status quo. 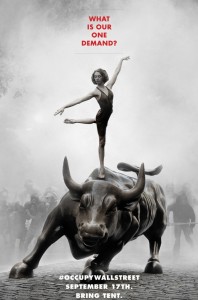 The reason the conservative corporate mainstream media demonizes Occupy Wall Street is because it threatens the status quo.

These are textbook divide and conquer strategies being used on the American people.

Yesterday I read a really interesting Gallup poll that stated: ‘Not surprisingly, Americans who consider themselves supporters of the Occupy Wall Street movement (26% of all Americans) are more likely to blame Wall Street than the federal government for the nation's economic problems. 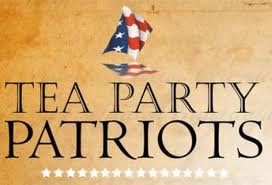 Supporters of the Tea Party movement (22% of Americans) are overwhelmingly likely to blame the government.’

All we need to do is teach people that Washington D.C. and Wall Street are now the same corrupt entity.

They are one gigantic rogue trader sucking the lifeblood out of America.

If we can unite these forces, which I can say with certainty agree on the important issues, we can put an end to the status quo and free ourselves of this bondage.”

Black children are funneled into the nation's worst public schools, where they underperform and often don't graduate. Black boys in eighth grade read at about the same level as white girls in fourth grade. The achievement gap persists through high school, where the average black student is graduating with an eighth-grade education—if the student graduates at all.
The situation has remained essentially unchanged for three decades. President Obama and Education Secretary Arne Duncan have noted that just 2,000 of the nation's 20,000 high schools produce half of all dropouts, and nearly 50% of black kids attend one of these "dropout factories." But that hasn't stopped the Obama administration from phasing out a Washington, D.C., voucher program for low-income students that improved graduation rates. Still, the NAACP is worried about the tea party?
Prisons are teeming with black men, a problem not unrelated to the dearth of decent educational choices for black families. In the current issue of National Affairs, David Kirp writes that "among 16- to 24-year-old black men not enrolled in school, fewer than half have jobs; about a third are in prison or jail, or on probation or parole." Blacks are 13% of the population but comprise 38% of prison or jail inmates in the U.S., and black-on-black violent crime is the norm. Blacks commit 52% of all murders and make up 49% of all murder victims—90% of them are killed by other blacks.
Click anywhere above to link to the entire article ................ I think.
They've changed some stuff at the WSJ and sometimes you get it, sometimes you only get the tease, which is why I'm not linking there as much.
This one here is the good stuff and worth the effort.
With regards to that 2,000 of the nations high schools produce half of all the nations dropouts thing?
These here little gears here

links to a Department of Education press release wherein the above statistic is referenced.
Recommended.

, the local columnist for

The Macomb Daily, published an opinion piece in Sunday's edition of that newspaper the beginning of which follows below.

The point of the article being that issues having to do with the deficit are extraordinarily difficult, and the real problem with Tea Party types being that they want to enjoy the services provided by government, they just don't want to pay for them.

I wonder how our local Tea Party activists spent their Saturday afternoon.

How many took advantage of yesterday’s national forum, a teleconference held in 19 cities (including Detroit) and for thousands of individuals online, to seek solutions to the nation’s bulging budget deficit?

Organized by a nonpartisan group,

AmericaSpeaks, the unprecedented event provided a sobering view of our country’s $13 trillion debt and the limited options facing Congress if it tries to tackle the problem.

The op-ed ends as follows:

Much of this entire fiscal responsibility issue centers on arithmetic, not politics.

The following is my reply.

I'm not a member of any Tea Party affiliate.

I belong to no organized political party, I'm a Libertarian ..... probably.

Here are some ideas which if applied would probably enable principal payments on the deficit in year 1.

Not necessarily in this order.

1.  Remove all American troops and military bases from foreign soil, excepting those troops stationed within embassies.

Leave NATO, abandon Okinawa, and allow Europe, Japan, The House of Saud etc. to defend themselves.

American military personnel are presently posted on some 760 military sites within 63 countries.

I haven't checked it today, but most years our military budget has exceeded that of the rest of the world combined.

Europe is cutting military spending in response to their deficits because we defend them.

Europe, Japan and the rest of the world needs to defend itself.

Their defense ain't our job.

We do not need offensive military weaponry such as carrier groups (they are nothing more than big assed targets anyway), long range bombers, etc.

Scrap half of them out.

We do not need to be maintaining military bases on foreign soil, anywhere.

And we damn sure don't need to be defending foreign despots while allowing them to abuse their own people.

While you're at it, reduce our payment to the United Nations to a pro-rata share.

Those guys are hopelessly corrupt and largely a waste of skin.

As you would expect, we now have over 50 million beneficiaries, 10 million of which are collecting Social Security benefits for disabilities.

While we're on the subject, reviewing every last disability claimant seems prudent.

Prudence will reign by virtue of people now being responsible for a third of their own medical expenses.

They can insure or not, negotiate or not, get care or not, but the fact that a third of the cost is skin (so to speak) will save a ton of money and probably improve care.

If you're flat broke, charities can and will pick up the slack.

Hell, you might be able to provide 30% to maybe 50% coverage for everybody else under that kind of an arrangement and still come out ahead.

And while we're on the subject.

As a sop to my many and dear attorney friends, limiting liability is nonsense, but nuisances gotta pay.

5. Deduct the first $20,000 of income for every individual and corporate taxpayer, and apply a flat 20% tax on every dime of income thereafter, from every source, cash as well as the cash value of benefits.

End all payroll taxes, they're going into the general fund anyway.

Remove all deductions for mortgage interest, charitable contributions (Americans give because Americans give, the deduction is gravy ... lose it), IRA's, dependants, state and local taxes, depreciation, depletion ..... and every other damn thing.

While you're at it require public companies to account to shareholders exactly as they account to the IRS.

Removing mortgage interest as a deductible item will cause huge problems in such a debt infested environment, and as such would probably have to be phased, do it as ruthlessly as possible.

In the interest of financing growth, you probably want interest to be a deductible item for business adventures, but not against personal income, you want to prohibit the LLC from buying the homestead, or at least deducting the mortgage interest.

Dividends should be a deduction at the corporate level (cash out) and income to the recipient (cash in) at the ordinary rate.

Income from federal debt should be taxed at the same rate as all other income.

Capital gains should be taxed at the same rate as all other income.

Somebody has been stealing from HUD my entire adult life.

10.  Invest a little money and finish the fence.

Invest a little more to find and deport every last illegal residing in this country.

While you're at it fine employers of illegals, while significantly reducing unemployment benefits.

Jobs will come open, wages will probably increase with subsequent increases in tax revenues and reductions in federal expenses.

That Compton might have to drive out to the fields and pick a little lettuce is a also good thing.

You may choose to disagree with individual items, but that there be one helluva start.

People should listen to their Uncle Roany ... I got answers.

The following sign was spotted at a Tea Party tax day rally.