Saturday night, it's time to Rock. 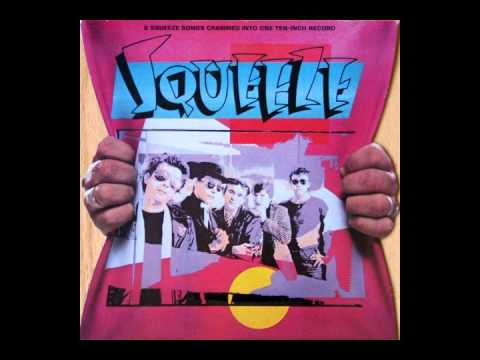 There must be something about Goodbye Girl, Squeeze's first single that inspires them to tinker. They've recorded it four times in the studio, three times in a matter of months with slightly different versions of the tune for release as a UK single, a US single and an albom cut on Cool For Cats.

They've fooled with it I don't even know how many different ways in their live show. But the version you want ..... IMHO ..... is the live version recorded for the vinyl only EP, Six Squeeze Songs Crammed Into One 10" Record. Here's a very close live performance of that version.

This is Glenn Tillbrook on lead guitar and vocals along with his songwriting partner Chris Difford on rhythm guitar and backup vocals  The credits on this vid say that's Don Snow on the keyboards, but it sure looks like Paul Carrack to me. John Bentley is playing bass and Gilson Lavis is on the drums.