Click on the photo below for the entire piece. 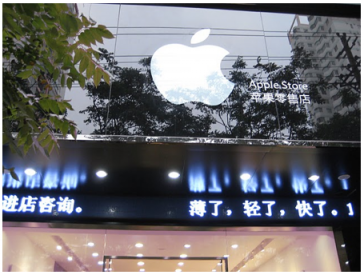 Three weeks after an American blogger visiting the capital of China's Yunnan province posted the first photographs of a copycat Apple Store so convincing that even some of the sales staff thought they were working for Steve Jobs, Chinese authorities have identified 22 more unauthorized Apple stores in Kunming city.

According to a Reuters report filed Thursday, the shops have been ordered to stop using the Apple (AAPL) logo. It was not clear, however, whether the goods being sold at the stores were real or counterfeit. Or whether the shops were passing themselves off as official Apple retail outlets or simply acting as unauthorized Apple resellers, of which China is replete.