On this Day in History, Garry Kasparov Loses at Chess to a Computer.

On February 10, 1996 World Champion chess player Garry Kasparov lost the first of a 6 match series to "Big Blue" a computer built by IBM that was reputed to have the ability to analyze 2,000,000 moves per second. 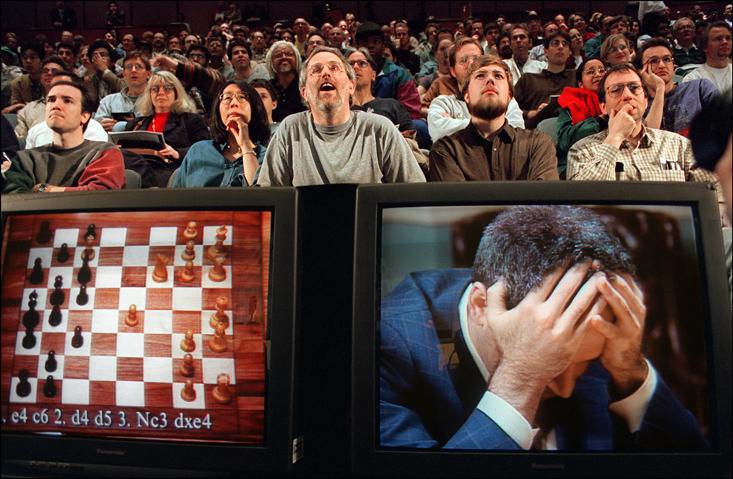 This victory was the first ever for a computer under international chess rules for match play which requires 40 moves in the first two hours, 20 moves over the course of the next two hours and one last hour to complete the match.

Cheer up humans, Kasparov, who is widely considered the greatest player in the history of the game, ended up winning the series with three wins, two draws and the one loss in the first match.

Click on the photo above for an interesting ... at least to me ... Time Magazine story on the move that got inot Kasparov's head.

for a move by move accounting of the entire series.

As an aside, who the hell sets up an even game series?

would retire from professional chess in 2005 and pursue a career as a professional critic of Vladimir Putin. So much so that the fact that Kasparov is still alive is evidence to Iowa Republican Congressional Representative, Steve King that Vladimir Putin does indeed