On February 25, 1836, Samuel Colt received US patent number 138, later changed to 9430X from the United States Patent Office for his 'revolving gun". 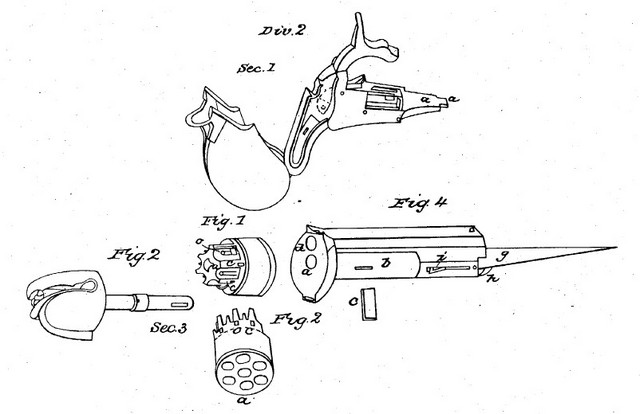 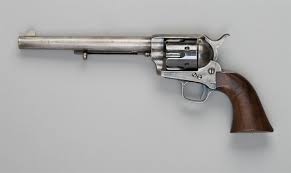 Colt's "revolver" featured a revolving cylinder with five or six bullets along with an innovative cocking device that was a marked improvement from the multiple barrel approach that had been the standard for the multiple shot weapons of the time. Colt's weapons became so popular that revolving pistols, regardless of manufacturer were referred to a Colts for many years.

Colt's interchanging parts systems were as innovative as the design of his weapon and allowed him to adopt production line manufacturing techniques that turned out an estimated 400,000 revolvers in the first 25 years of production.

As always, you can click on either image for a more complete telling of Samuel Colt's story.