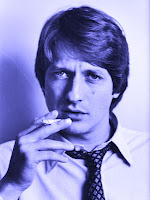 To quote P.J. O'Rourck, once again

The Democrats are the party that says government will make you smarter, taller, richer, and remove the crabgrass on your lawn.  The Republicans are the party that says government doesn't work and then they get elected and prove it.
When buying and selling are controlled by legislation, the first things to be bought and sold are legislators.
Cleanliness becomes more important when godliness is unlikely.
Making fun of born-again Christians is like hunting dairy cows with a high powered rifle and scope.
Maybe a nation that consumes as much booze and dope as we do and has our kind of divorce statistics

should pipe down about ''character issues.''
One of the annoying things about believing in free will and individual responsibility is the difficulty of finding somebody to blame your problems on. And when you do find somebody, it's remarkable how often his picture turns up on your driver's license.
There is only one basic human right, the right to do as you damn well please.  And with it comes the only basic human duty, the duty to take the consequences.

You can't get rid of poverty by giving people money.

The principle feature of American liberalism is sanctimoniousness.  By loudly denouncing all bad things -- war and hunger and date rape -- liberals testify to their own terrific goodness.  More important, they promote themselves to membership in  a self-selecting elite of those who care deeply about such things.  It's a kind of natural aristocracy, and the wonderful thing about this aristocracy is that you don't have to be brave, smart, strong or even lucky to join it, you just have to be liberal.
Everybody knows how to raise children, except the people who have them.
Even very young children need to be informed about dying.  Explain the concept of death very carefully to your child.  This will make threatening him with it much more effective.

Every government is a parliament of whores.  The trouble is, in a democracy, the whores are us.
Whatever it is that the government does, sensible Americans would prefer that the government does it to somebody else.  This is the idea behind foreign policy.
I am a journalist and, under the modern journalist's code of Olympian objectivity (and total purity of motive), I am absolved of responsibility.  We journalists don't have to step on roaches.  All we have to do is turn on the kitchen light and watch the critters scurry.

If you are young and you drink a great deal it will spoil your health, slow your mind, make you fat - in other words, turn you into an adult.
No drug, not even alcohol, causes the fundamental ills of society.  If we're looking for the source of our troubles, we shouldn't test people for drugs, we should test them for stupidity, ignorance, greed and love of power.
The mystery of government is not how Washington works but how to make it stop.
Social Security is a government program with a constituency made up of the old, the near old and those who hope or fear to grow old.  After 215 years of trying, we have finally discovered a special interest that includes 100 percent of the population.

Now we can vote ourselves rich.

The weirder you're going to behave, the more normal you should look.  It works in reverse, too.  When I see a kid with three or four rings in his nose, I know there is absolutely nothing extraordinary about that person.
There are a number of mechanical devices which increase sexual arousal, particularly in women.  Chief among these is the  Mercedes-Benz 380SL convertible.