Having lost the use of two fingers on his fretting hand in a fire at age 18, Django Reinhardt

literally played the guitar like nobody had ever played it before.

Along with the great 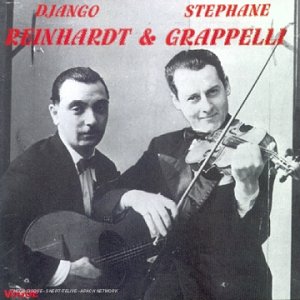 This is the certainly the most well known and probably the best version of the band.

People always get real crabby when I say this out loud, so I usually mumble it or type really, really small.