Look to the east tonight at dusk

Oopsies, I was supposed to post this two nights ago.

Alas, I got caught up listening to old records with an old friend and forgot to do it.

Anyway, not much has changed, Mars hasn't moved much.

Go out and look.

Mars is at its closest to Earth for 2012. The Red Planet is only 101 million km away and shines about six times brighter than a 1st magnitude star. Look for it in the eastern sky at sunset. The burnt-orange color of Mars is very distinctive, especially when seen from rural areas with clear skies. 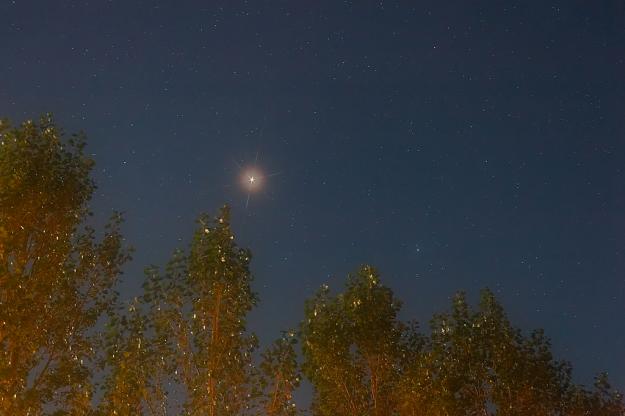 On the night of March the 3rd Mars reached opposition. At even this unfavorable opposition Mars was really bright and high in the sky shining with a crimson red hue. I took this image at the town of Veronica, Argentina. A star filter was used, straight from the camera without processing.