Video of meteor crash in the Ural Mountains

As always, click on the little gear above or the photo for the entire piece. 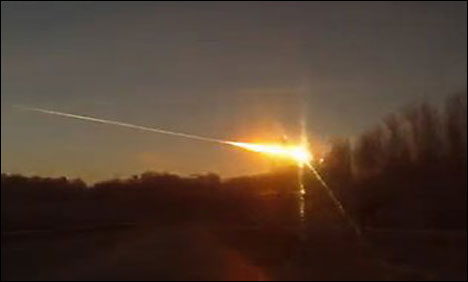 MOSCOW: "I was driving in the car across the square. Suddenly the square lit up with a bright, bright light, not a normal light," said Vasily Rozhko.

"There was literally three or four seconds of bright light, then back to normal. As I could see from the car, this trail appeared. Then when I was driving, the explosion went off," the resident of Chelyabinsk in central Russia told Russian television

Witnesses of the falling meteor over the Russian Urals spoke of their shock and horror Friday at seeing a giant bright light in the sky that many thought was a crashing plane, followed by a loud explosion that blew out windows in many buildings.

The following photo by Robert Porto taken in the Canary Islands will link you to the entire piece. 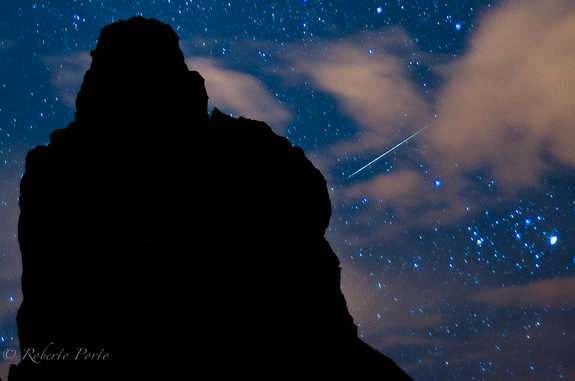