Ever wonder what's the big deal about Ronnie Lane?

Founding member and key songwriter of/for both The Small Faces and the Faces, Ronnie 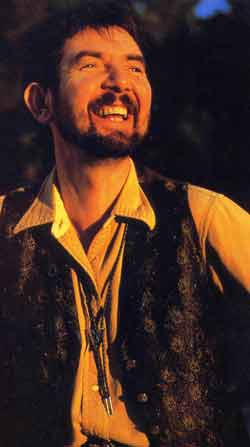 Lane was also one of the strongest basses in the history of popular music.

Gone far to soon from Multiple Sclerosis at the age of 51, he won hearts the world over with both his songs and his smile.

This is, I'm mostly sure, Ruan O'Lochlainn on the organ and backup vocals, Charlie Hart on accordian, Steve Simpson on mandoline, either Glen Lefluer or Jim Frank on drums, and somebody whose name I just can't match up with the face and it's really, really ticking me off on bass.

And of course the great Ronnie Lane on resonator guitar and vocals, featuring the sweetest smile in the history of Rock and Roll.

Sorry about the crappy ending, to quote any of my kids on most issues, "I didn't do it."